“Forget About it” Kryptonite isn’t Brooklynite 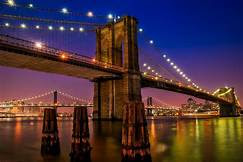 Dr. Weinstein is a Brooklynite, born at St Joseph’s hospital in Brooklyn. He lived in the garden apartments on avenue D and Kings Highway near the Dutch oldest house in New York State. He attended PS 208 and later PS 236. He grew up on 66th street in Mill Basin attending Roy H Mann JHS, Flatbush Park School, and James Madison High School. He helped his Dad at Red’s on Utica Avenue while living in Brooklyn.  He played Viola in the orchestra where he gained bow skills that have come in handy with accurate lipo sculpting liposuction. He interned at Maimonides hospital, Brookdale Medical center, Kings county and Long Island College hospitals in Brooklyn. He returned for his plastic surgery residency in 1986 through 1988 at SUNY Brooklyn at Downstate, the Brooklyn VA, Methodist Hospital and kings county Medical Center.

Before and Afters of Some of Dr. Weinsteins Brooklyn Patients